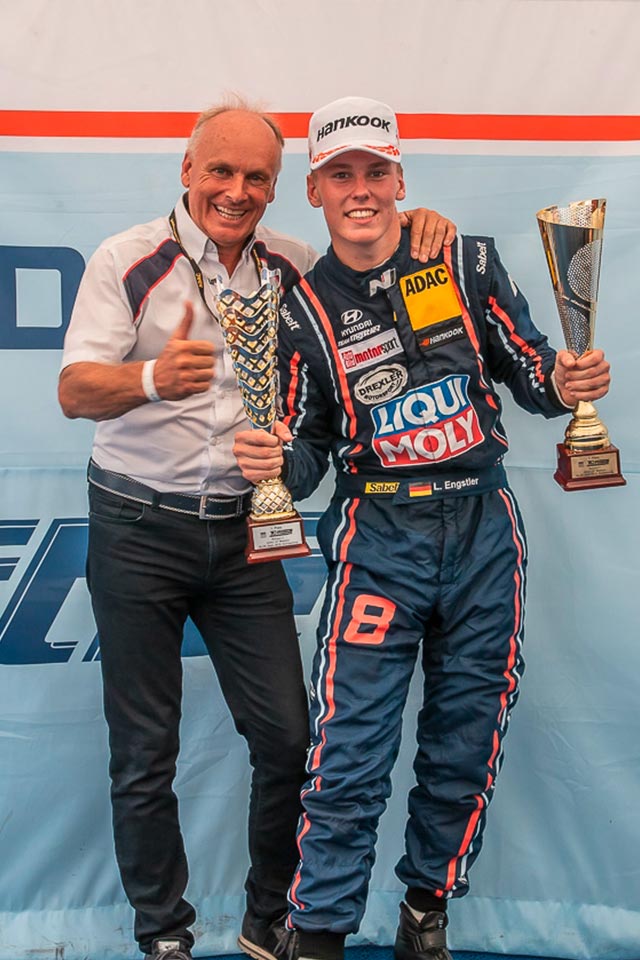 Luca Engstler, born on March 8, 2000, is one of the most promising drivers among the up-and-coming talent of German motorsport. Since switching from his former car to the Hyundai i30 N TCR, the son of team chief Franz Engstler has certainly become one to watch in touring car series. “I was born with a love of motorsport and I don’t think that my passion for it will ever die,” Luca says. “Starting out in kart racing when I was as young as seven has really paid off,” he jokes. It’s hardly surprising, then, that Luca matured from 2017 Rookie Champion to 2018 Vice Champion in the ADAC TCR Germany driver rankings. 2019 saw another boost for the top driver of the Liqui Moly Team Engstler when Luca became champion of the TCR Asia. He has already made his battle cry for the coming season: “I’ll be back to defend my title!”