Top Secret: The connection between RECARO, Porsche and the VW Beetle.

With pride and passion: In the summer of 1938, Reutter employees produced two Porsche Type 60 (VW 38) bodies for testing purposes every week. (© RECARO) . The idea was irresistible: why not build a small car that is inexpensive enough so that a lot of people can afford to buy it? This idea first took shape in 1932 and six years later, the first Volkswagen prototypes were driving through the streets of Berlin for promotional purposes. The car’s design came from the engineering and design office of Ferdinand Porsche. Its body came from Reutter, the predecessor company of RECARO. In this article, the second part of our retrospective on our shared history with Porsche, RECARO is taking a look at the exciting birth of an automotive legend which was presented to the public for the first time exactly 80 years ago and that later became a worldwide success under the name Volkswagen Beetle. Zündapp from Nuremberg had it, NSU in Neckarsulm had it too: the idea to create a modern, attractively priced, compact car that could appeal to a large number of buyers on the market. Both companies failed in their attempts to do so, because the investments needed for such a large scale mass production effort exceeded their capabilities. In both cases – Zündapp in 1931 and NSU starting in 1933 – Ferdinand Porsche and his team were involved in the effort. In both cases, Porsche commissioned Stuttgarter Karosseriewerk Reutter to build prototypes. It was none other than Ferdinand Porsche himself who made the third attempt, personally taking charge of the effort. His signature and that of his team had unmistakably shaped the previous designs, such as their use of a four cylinder boxer engine in the rear of the vehicle and a new, streamlined design. He presented the small car project in Berlin and in 1934, he was commissioned to build a Volkswagen, a “people’s car.” However, the planned annual production volume of one million vehicles, the terra incognita of building a body completely out of sheet metal (instead of the wood and metal frame common until then), and the fact that the retail price could not exceed 1,200 Reichsmarks posed huge challenges to all of the companies involved in the effort. The first prototypes could not meet these requirements and Porsche once again applied his red pen to the design to reduce materials and thus costs. At the end of the 1930s, Reutter came back into the picture. The flourishing auto body production company was bursting at the seams at its historic location in Stuttgart’s Augustenstrasse and in 1937, it had brought a new production facility online in Zuffenhausen. 850 employees at both sites produced auto bodies, both in mass and single unit production, for customers including Wanderer, Daimler-Benz and BMW. When Porsche’s engineering office, Dr. Ing. h. c. Ferdinand Porsche GmbH, moved in next door in Zuffenhausen, it was most likely the geographic proximity and the good collaborative spirit established in the previous years that proved decisive. Ferdinand Porsche went to Reutter to have a new – the seventh – prototype series of the Volkswagen built. Bull’s eye! A first model, made by Reutter entirely out of wood, just a few, minimal changes ­– and the final design was set. It was planned that the public would be able to get a highly coveted glimpse of the new car for the first time at the groundbreaking of the planned Volkswagen factory in Fallersleben. Behind closed doors and covered by tarps, Reutter build a sedan and a convertible sedan as prototypes for the occasion. Exactly 80 years ago, on May 26, 1938, they were the big attraction at the ceremony in Fallersleben (today a district of Wolfsburg). After that, Reutter, working under tight secrecy, made forty more prototypes of the Volkswagen for testing purposes, including those for the 1939 International Motor Show IAA in Berlin. But it was not until after the Second World War that the real victory march of the Volkswagen began. Known as the VW Beetle, it was manufactured in Wolfsburg in its almost unchanged “original” form up until 1959. It became a German automotive icon and by the time production of the beetle ended in Brazil in 2003, about 21.5 million VW Beetles had been sold worldwide. Next week, you can read about the role Reutter played in Porsche’s first “real” sports car milestone, the 356, here on the RECARO blog. 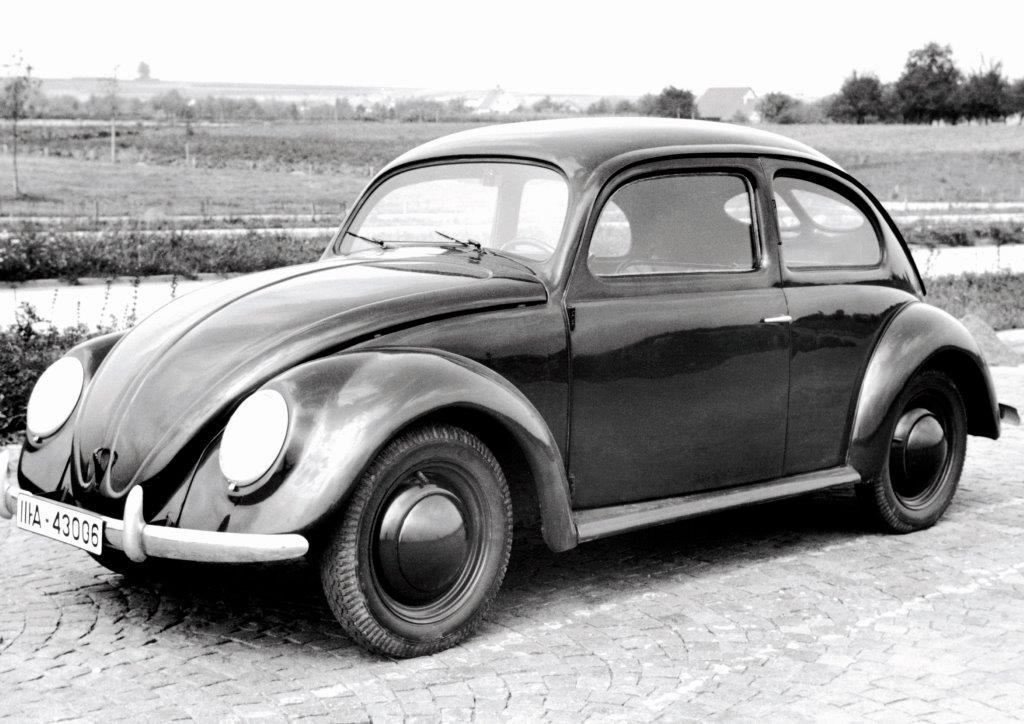 The original form: A prototype of the Volkswagen sedan (VW 38 or Porsche Type 60) at Stuttgarter Karosseriewerk Reutter. (© RECARO) On a promotional tour as an exhibition car: the new Volkswagen. (© Automuseum Prototyp, Stavenhagen holdings) 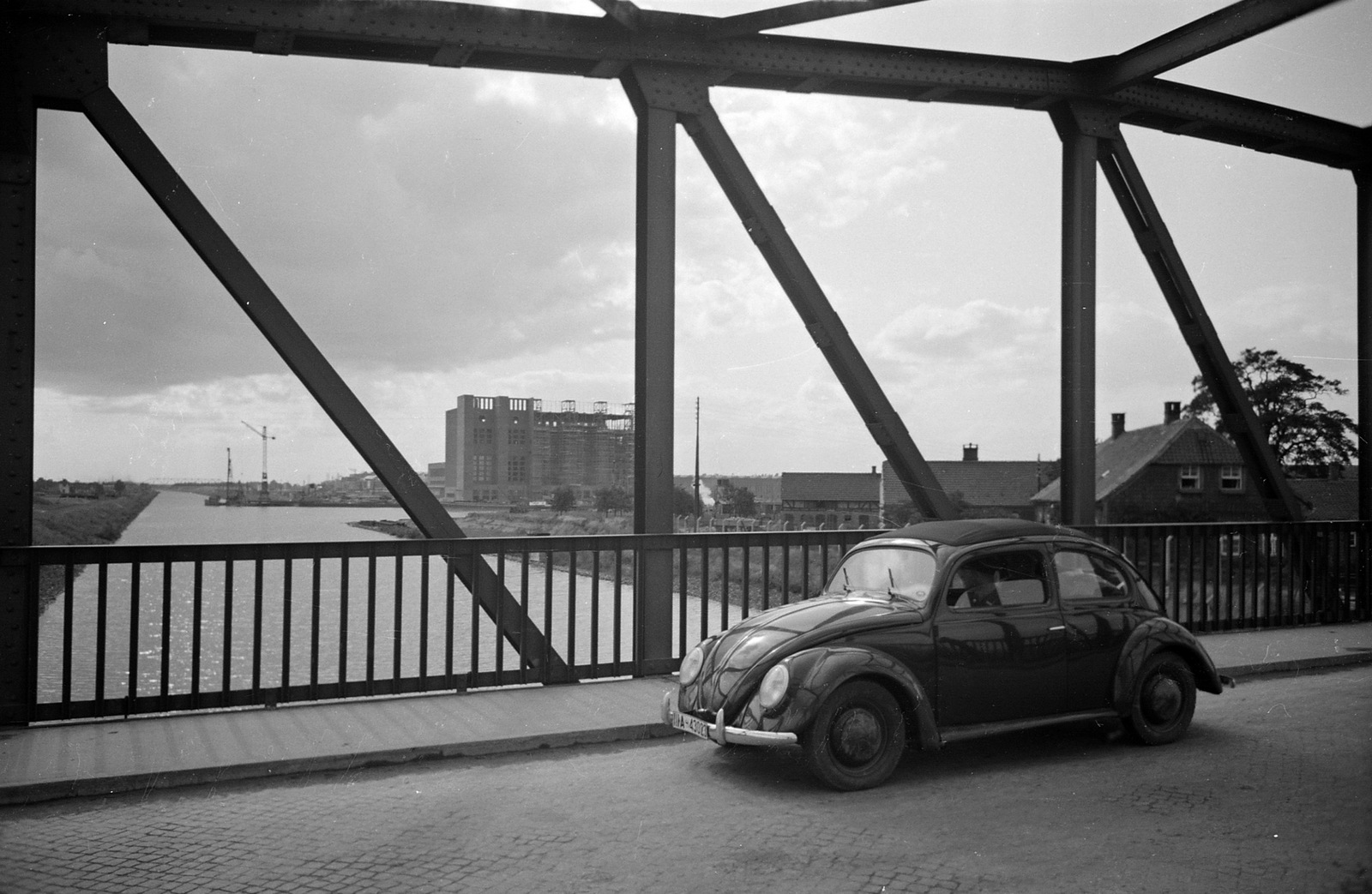 A bridge to the future: A pre-production model of the Volkswagen in the “canopy top sedan” variant from Reutter production – the new Volkswagen plant is under construction in the background. (© Automuseum Prototyp)