For seven decades, Porsche has been bringing automotive dreams to life and putting them on the road. It is the same fascination for sporty driving that also powers RECARO Automotive Seating. But the connection between the two companies goes much further – much further back in time, back to the early years of the automobile. Today and in the coming three fridays, we here at the RECARO Blog are going to take you back to that time, immersing you in a fascinating story from automotive history. The famous statement by Ferry Porsche, who dreamed of a sports car and decided to build it himself after he couldn’t find it on the market, is still quoted frequently, even today. Today, here on the blog, you will learn about the formative role that Stuttgarter Karosseriewerk Reutter (which became RECARO in 1963) played in that story. As early as 1906, there was a man who already had a clear vision of the mobility of the future: Wilhelm Reutter. Reutter wanted to move away from the horse-drawn carriage and wanted to build car bodies. The young master saddler founded his own business, established contacts to the chassis and engine manufacturers of the time, won contracts. He made new, seemingly crazy ideas a reality, such as the patented “Reutter-Reformkarosserie,” a concept which featured a folding top – today known as a convertible. Reutter’s combination of solid, quality craftsmanship and innovative, forward-looking thinking was extremely successful and by the 1920s, Stuttgarter Karosseriewerk Reutter & Co. GmbH already had contracts with all of the renowned german automobile manufacturers like Daimler, Benz, Wanderer, BMW, Opel, Adler and Horch. There was another german engineer who had founded his own engineering and design office in 1930, and who knew Reutter and appreciated his excellent work: Ferdinand Porsche. Porsche’s team designed engines for a variety of different clients, and starting in 1931, Porsche had most of the bodies for them built by Reutter. One example was the prototype for a streamlined auto body. The car never went into series production, but Ferdinand Porsche used the extravagant one-of-a-kind vehicle for many years as a private and company car. In the late 1930s the collaboration between Porsche and Reutter intensified yet again when the new Reutter plant in Zuffenhausen, which was separated from the neighboring Porsche plant by just a single street, began production operations. Thus was born – under utmost secrecy behind the closed doors of the Reutter plant – a series of different prototypes for the so-called “Volkswagen” – the people’s car. Next week, you can read more about how this exciting story continues, here on the RECARO blog. 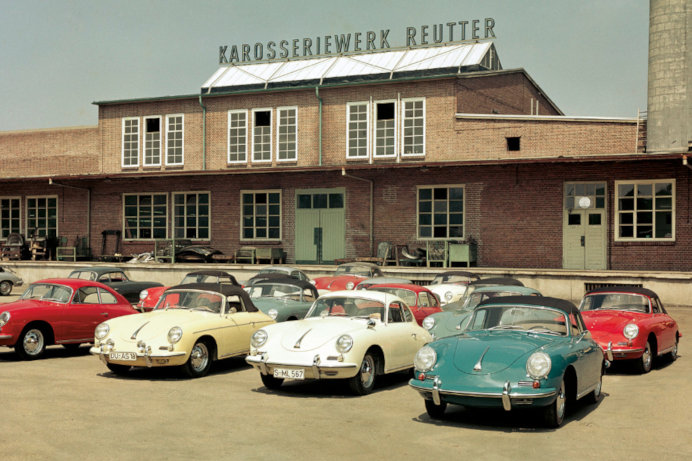