The performance areas in Geneva threatened to burst already in last year. And they were filled up in quantities. Cars of all „Couleurs“ and brands have been represented, considering that there are no limitations in Geneva. The 80th edition of the International Motor Show, which opened its gates from the 4th till the 14th of March, was an absolute success despite of cold and some snow in the lowlands. Many international visitors have made the trip to Geneva’s Palexpo to discover more than 100 world’s and European premieres. Beside the car tuning the theme of „seating development“ was on the very top. So, Audi presented, for example, some powerful „sport cars“ like RS5 with RECARO seats. The ergonomically formed seating contour represents the base for a comfortable seating impression now. RECARO offers not just sport seats but those with regulated side cheeks on chair hack and seat, seat extension or a lord’s support together with seat heating or ventilation. A RECARO seat with its exceptional quality takes care for drivers and passengers in order to give them safety and stability for many years. Apart from everything else, a group of students represented a new city swift car in the Motor Show. A very unusual vehicle. The Elmar car belongs to the sharpest projects of the show, which has appeared at Dual High school Baden-Württemberg in Mannheim. The two-seater is equipped with two RECARO Sportster CS covered with finest leather and Alcantara. The load-carrying structure from coal-plastic fiber reminds slightly of the NASA’s moon rover and is electrically-driven, as others couldn’t be expected. If Elmar is far from a conventional city swift car already because of its appearance, Zagato and other manufacturers are experimenting with conventional concepts which are aimed at exotic countries. At the same time, Sbarro’s „Autobau“ was an unusual concept car in the Geneva Motor show 2010, also equipped with RECARO seats. This creation has been developed, according to the name, by a Swiss designer Franco Sbarro. The unusual creation from Switzerland in „Old-Style“ is named „Autobau“ and is rather not suitable for shopping in supermarket. On the other hand, one can make a good impression with it, as it was the case in Geneva. New companies obviously have extreme problems with conventional cars. But since the whole world is talking about the electric drive, ever-increasing number of manufacturers are demonstrating their novelties. Even such sport car manufacturers as Porsche and Ferrari exhibited their cars with an auxiliary electronic engine. 16 premieres alone have been modified with an electrical or some other alternative drive. Additionally, extraordinary visional concepts have been represented. Beside of the international automotive novelties by the manufacturers, car tuners and other exhibitors presented additional premieres. They exposed noble car bodies and powerful engines. > More: www.salon-auto.ch 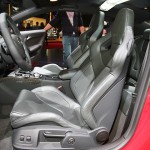 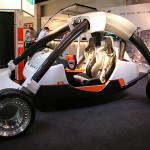 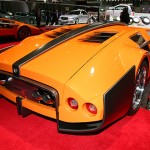