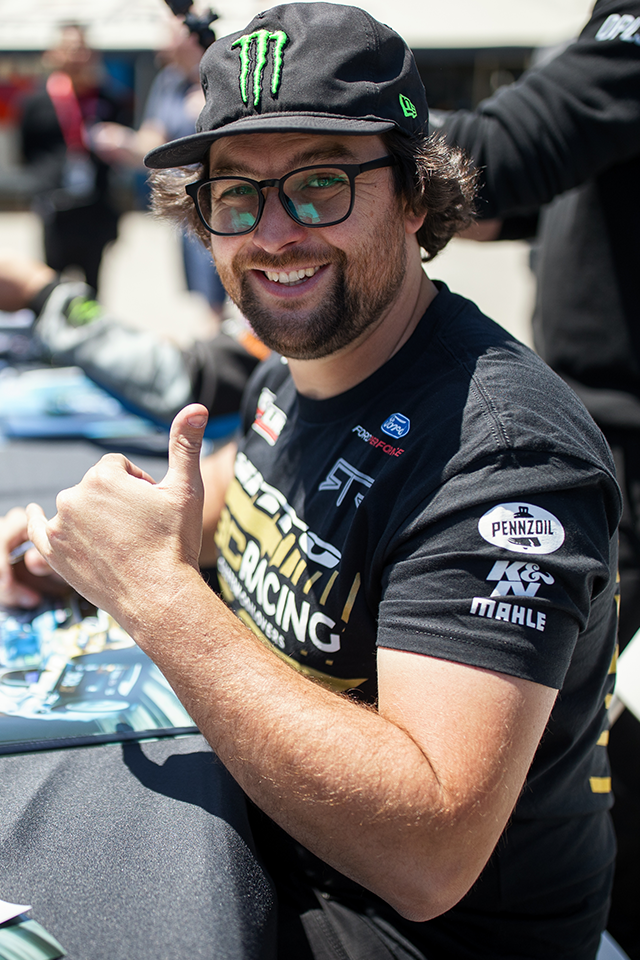 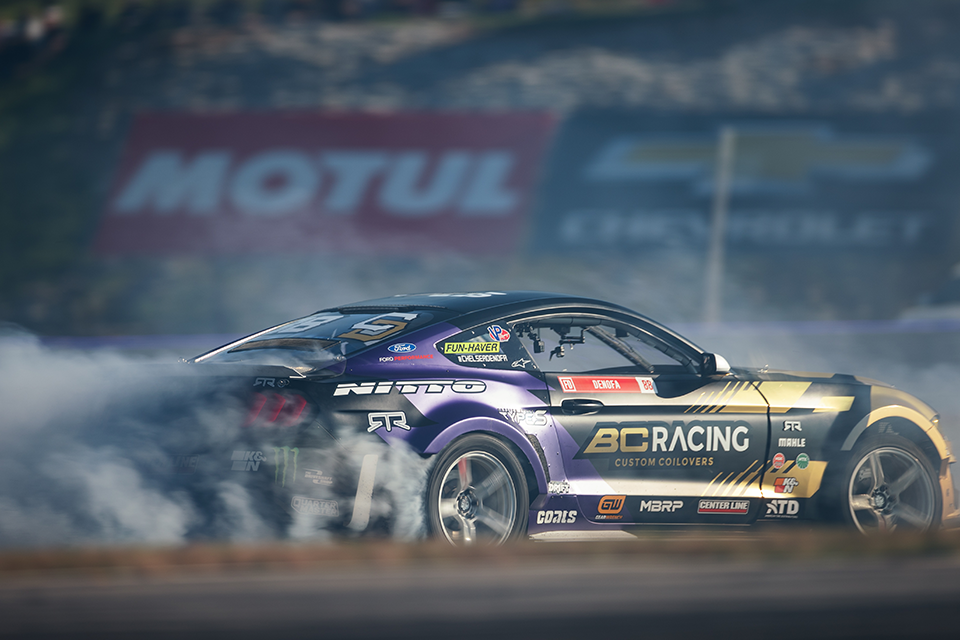 A future champion with RTR Motorsports, Chelsea DeNofa prides himself on having style and relentless commitment when he’s behind the wheel of his Mustang RTR Formula Drift car. Once a professional stunt man, Chelsea also runs The School of Drift, where himself and other professional drift drivers teach the fundamentals of drifting; turning amateurs into shredders. Since the start of his racing career, Chelsea DeNofa has had his hands in several forms of automobile racing. His array of driving techniques have set him apart from the rest in Drifting, Club Racing and Stunt Driving. Chelsea's drifting career began before he had an actual drivers license, at age 15 his Mother drove his car to the first major drift event in Miami for him. Soon after that Chelsea extended his driving abilities through schooling in Road-Racing and Stunt-Driving. Continuing along his road-racing path, he was granted an SCCA Pro racing license and started racing in several series. When his focus turned to the exploding sport of drifting, he quickly made a name for himself and was seen at nearly every drifting event on the east coast and the majority of pro events throughout the States.